Doing art for nothing (and on Metro tickets)

Today I want to present to you a project I never talked about on the internet, only to a small circle of friends.

Between March and April of this year the metro app for the city of Toulouse stopped working for me. It was really annoying, because it was great to not have to worry about card and just use my phone for everything. I was too busy and lazy to get a metro card made, so I had to buy individual tickets for a few weeks.

But on evening late into the night, while going home after a party, I started sketching on my ticket, and I left the ticket where I was sitting. Nobody probably found it, or at least I can't be sure; but I really liked the experience, the uncertainty, the uselessness. The day after, I started turning this into an art project without telling anyone.

I had a stack of metro tickets and receipt (some of them I grabbed on the metro floor), and decided to draw something on each of them. I decided to only two colors to avoid being too perfectionist and draw quickly; I wanted to have fun, and just be expressive. 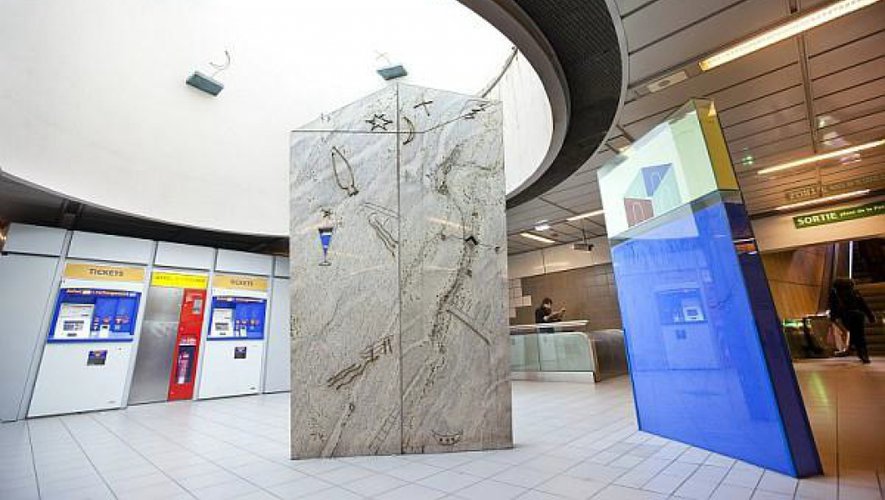 I left most of them at the ticket dispenser of the Patte-d'Oie Metro Station, to be sure that someone would grab them by accident, and they will not be thrown in the trash too soon.

The drawings were not signed. Sure, they had my signature backward Ͷ, but nobody would link that to me in real life.

I just wanted people to see the drawings, not really follow what I do. It was a conscient effort to make something more selfless, more detached from me; these are humble piece of art that are now left only to the person who found them.

Here's 28 photos of these metro tickets. Not all of them are particularly interesting, but that was not really the point. There is some drawings that I left at the metro station before taking any picture of them. Those are forever lost for me. I will never see them again.

(fun fact, the metro app broke again last week when I was visiting)